"I wear my Energy Wave Card enclosed in a protective plastic worn around my neck and not removed until I have to take a bath, and I bathe within a small bathroom, and I stay within 6 meters. At least for the last few 3 days my food was tastier, and I was most of the time just at ease. I just prepare my own food with ordinary cooking since I learned from childhood, and I do not believe I learned a new way of cooking because I always cook the same recipe or method"

I've always been a light sleeper, waking up frequently during the night and often taking hours to fall asleep. Since wearing the calm wrist band I fall asleep much quicker and stay asleep for long periods. I won't go to bed without it now!

My eldest daughter was facing immense stress and pressure during her examinations till the point that she found it hard to fall asleep. Hence, I decided to let her try the Calm Wristband, and she discovered that she is able to calm down and found it easier to fall asleep.

I'm Lynette, and I'm a pharmacist. With 50 years’ experience in the pharmaceutical and medical business but I only heard about Energy Wave two weeks ago. So, I'm very new about it and being a pharmacist in this area, I was a bit skeptical but then again. I'm always willing to try new things because the idea of it really interested me. Now my daughter suffers badly from stress and insomnia and to a small extent myself as well, so I tried the Calm wristband on her. And what we found is that she slept longer. And even if she woke up, she was easily able to go to sleep again and the quality of sleep improved dramatically. And she's been like having this problem for a long time. So that quality of sleep really good and she's no longer tired in the morning.

I tried it myself, and I also feel that the quality of sleep improved.

So, we've already been using it now for about three days and I've only been using the Calm wristband for 10 days so really we are quite new. And also, I bought the comfort. Because I thought that's interesting because I know my friend has a lot of pain. She had a tumour taken out of a spine, and my daughter suffers from adenomyosis which is very painful. So I plan to use that on her as well. So, that's my experience so far.

I was particularly convinced that the Energy Wave Wristbands did something for me when I ran an 84km, which is a double marathon and then I went on to do a 100km ultra marathon. In both cases, I finished running and went back to work. In the case of the 100km, I went to attend a wedding after that. So, I suggest that there is some linkage because it is quite commonly known that usually after a full marathon, a lot of people have trouble walking and sometimes they take two days off. I won't attribute everything to the wristband, but I think the wristband played quite a key role in helping me to ensure that at the end of the run, I was as normal as normal could be to the extent that I could carry on doing the things without feeling impact because I needed time to recover.

I have been wearing the stylish and functional Energy Wave Wristband for 1 month straight. It has helped me to keep my energy levels up and lasted the entire day. No more food coma which I usually experience after lunch and dinner, better blood circulation and strength to exercising after accomplishing a huge list of tasks packed in a day!

My mother suffered from arthritis for many years. After using Energy Wave's Comfort Plus Shield, the swell and severe pain on her hands disappeared. Now, she is able to flex and grip freely.

My client has chronic cough, nasal drip, and allergies. He applied this tiny patch last nigh on his wrist. Today he claims he didn't have cough since he applied. Amazing!

Good morning, I want to share one experience. Yong lady had a pain in her ear (Otits media), and she puts Clear Shield in the evening. After one hour, pain decreased by 50% and tomorrow morning she was without pain, I was so proud of the product.

Since wearing the pendant I have noticed over a couple of months the following improvements in health and energy:

I have a busy demanding job that entails missing breaks. Often lunch is on the run! I used to crash mid-afternoon with loss of energy and brain fog. I've noticed since wearing the Energy Crystal Pendant, my energy levels and clarity remained constant throughout the day.

Although I'm reasonably healthy, I suffer chronic pain from arthritis in the cervical spine that reduces movement of the neck, and if I sleep too long in one position, I can wake up with muscle spasm resulting in a headache in the morning. During the day, I noticed that I was getting an improved rotation of my neck, so I decided to wear the Energy Crystal Pendant at night. I would say I have a 60% improvement in the number of headaches now… It will be interesting to see if this continues to improve over time.

My workplace is situated 50m from a Phone tower and as part of my job I'm on my mobile phone for hours a day. I'm aware of the dangers of EMF and its health effects including cancer. After I was shown a demonstration using the Mora device showing how pasting the Energy Wave EMF Shield on my phone can protect me from the damaging EMF waves, I bought the shields for my family and sold them to work colleagues. The pendant and the Energy Card offer EMF protection from the cell towers for a wide radius, so I feel I'm being as proactive as possible to protect myself from these dangerous waves.

My dog has been sick for two years with a and I spent a fortune with the vets and she's under a lot of medication. she's an elderly dog. She's got a lot of skin problems. she's got swollen ear. She's got allergies in the eye, and she is just basically exhausted. So, I bought the Pet Cleanse and Pet Vital. And to my amazement after one day the dog was like a new person, new individual she had so much energy, never seen that energy before. I couldn't believe it really was amazing.

I'm saying this testimonial on behalf of my mum. Last year, she was at the age of 75, and she had a fall. It was a terrible fall. So, she requires urgent surgery, which her hip bone was split apart. She spent about one month plus in the hospital. Then she came home, still in pain, so she took a lot of painkillers and some other Chinese medical therapy. And it still cannot get rid of the pain. She nearly wanted to give up the hope of getting up to stand, because now she is on wheelchair. So, she wants to give up the hope of standing up.

In the end, I gave her a last hope, and ask her would she like to try this Energy Wave Comfort Shield. Then she said, "Sure". I pasted it on her leg, both her legs, because she has Osteoporosis as well. I pasted it there, then she felt something amazing in about 15 minutes. Then she said, the pain is relieving quite a bit. So subsequently, she says her back is also pain. Then she asks me if there is any more Shields and ask me to paste on her back. Then she says "Wow, feels good!" Then she says, "My neck also pain" Then she asks me to paste it on her neck as well, on her shoulder here. So, I just go according to the meridian points and paste it for her. The box came in only 6 pieces, so I used up all the 6 pieces on her body.

I also put on the Wristband, the Max Wristband for her. To give her energy to walk. I mean exercise. She still cannot walk on her own, but she needs the strength, so she needs the energy. When she goes for a bath, I will have to remove the Shields. Then she will remind me to stick back the Shield on the exact location where I stick on. She's so cute! She asks me to remember. So, I said "Okay". Then I put the position back to the way where I stick on her body. Then, subsequently, she felt the pain is quite relieved.

She has insomnia as well, so I also gave her the Calm band, to let her sleep well. She has been using these 2 bands, as well as the Shields. The effect on her is getting better. It's been half a year already, the effect on her is not bad. It's like it's improving. Thanks to Energy Wave for these products.

I have pain when I wear shoes and walk. I bought the best shoes, but it still gets pain when I walk. After I put the Energy Wave product in my shoes, I can walk 6 km without pain. Right now, there are no pain anymore when I walk. Yeah, I have the pain in foot. I tried on many shoes. I came back to Thailand and received the product from Michael. I gave her to try it. And after that, I can walk 6 Kilometres without any pain. So, I wondered, "What's going on?" No more pain. 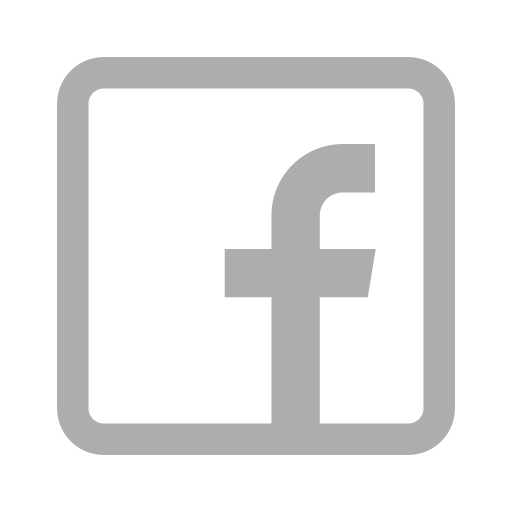 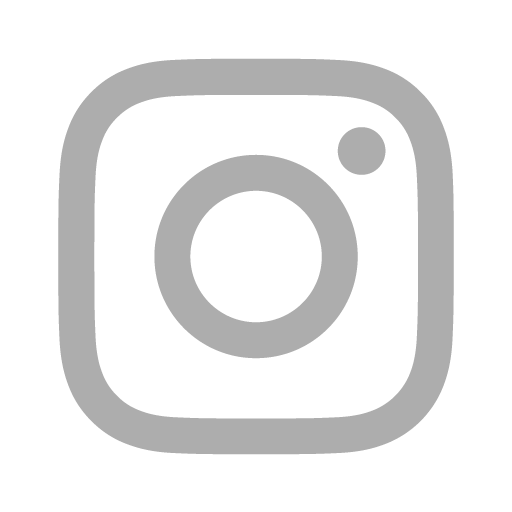 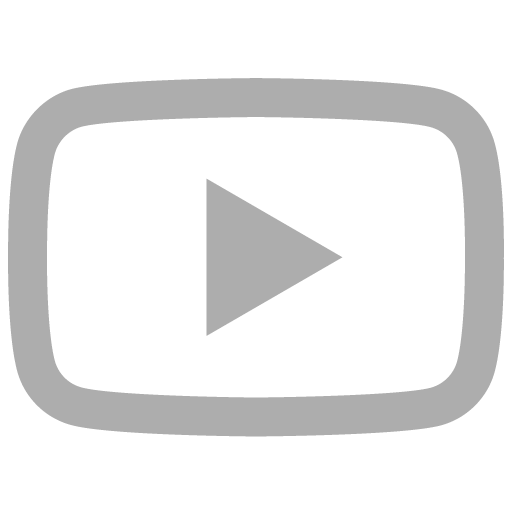 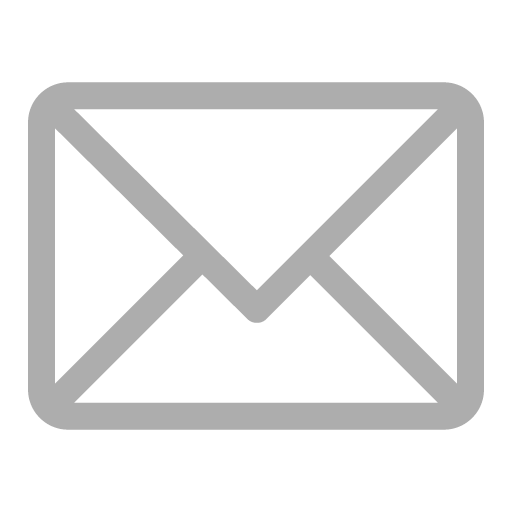